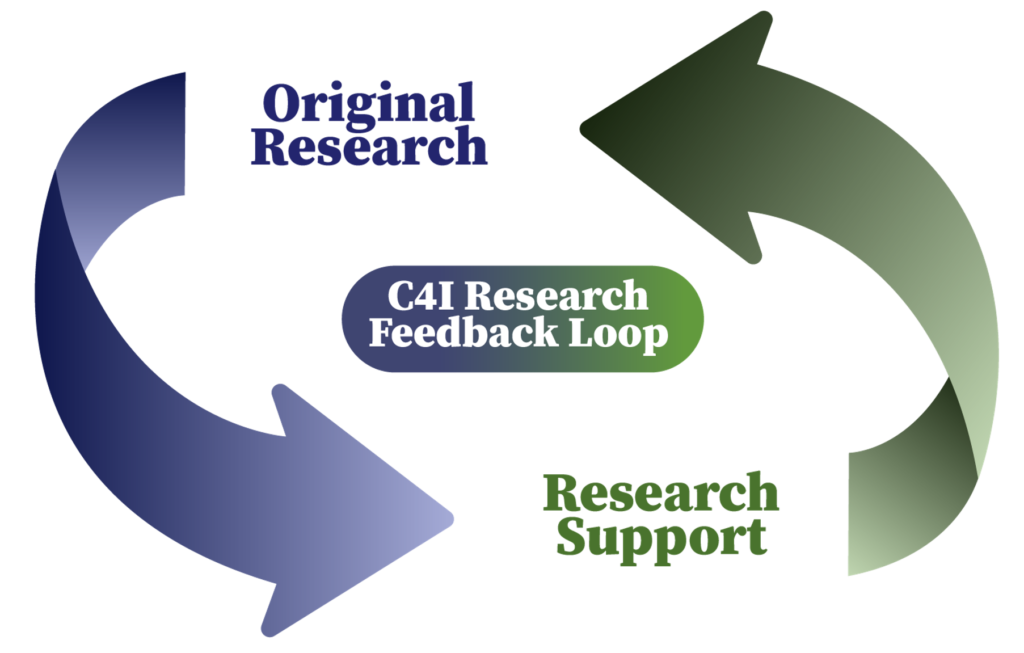 Inquiry into the nature of crossdisciplinarity

A key part of the mission of C4I involves developing techniques and approaches that can build collaborative and communicative capacity in interdisciplinary research teams. Principal among these approaches is the Toolbox dialogue method. Our facilitative work is evidence-driven, in that we look to make facilitation decisions that are informed by evidence of the positive impact of our capacity building approaches. We collect data when we facilitate capacity building events, analyze those data to determine the value of different techniques and approaches, and produce research that reports on what we learn.